KATE LETH AND JAKE MYLER DANCE THEIR CARES AWAY WITH ‘FRAGGLE ROCK: JOURNEY TO THE EVERSPRING’ 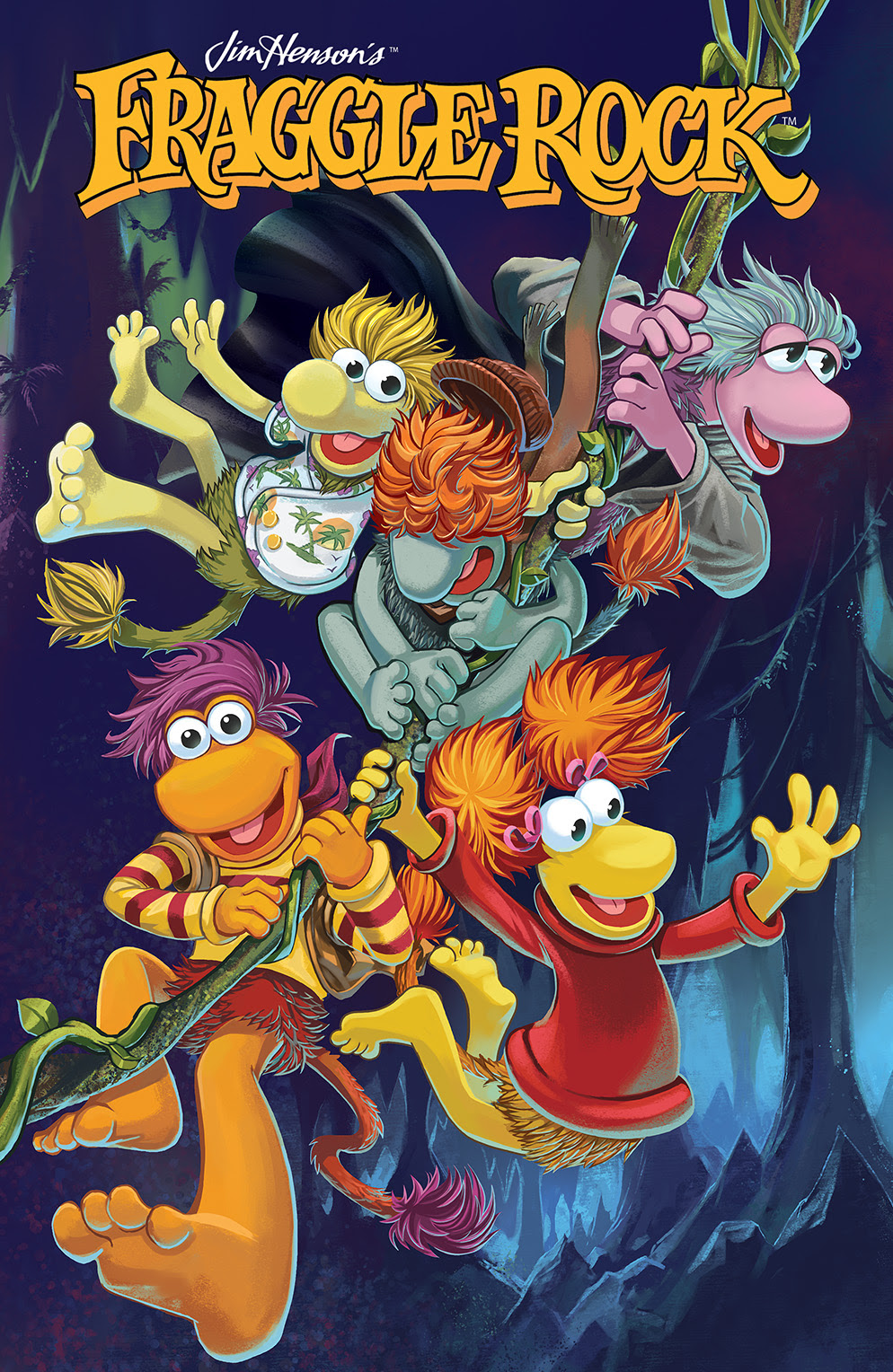 “It’s so much fun to go to conventions and have people stop at the booth and gasp, ‘That’s Fraggle Rock!’ There are so many fans out there who have grown up loving Wembley, Red, and all of the Fraggles,” said BOOM! Studios Editor-in-Chief Matt Gagnon. “Jim Henson created something timeless with Fraggle Rock, and with Archaia’s return to single issues going strong with titles like HACKTIVIST and THE LAST BROADCAST, we thought this was the perfect all-ages title to add to the mix. Kate and Jake are the perfect team, and the Fraggles are going on one of their greatest adventures yet.”

The Fraggles will adventure to places they’ve never been before, places where Gobo, Red, Mokey, Wembley, and Boober will meet brand-new friends, sing brand-new songs, and dance their cares away! Whether it’s ADVENTURE TIME, MOUSE GUARD, or Amulet ,comics fans are coming out for all-ages stories. No one mastered that art form quite like Jim Henson, and the characters of FRAGGLE ROCK remain some of his most beloved creations. Leth and Myler have spun a hilarious, super fun story for both longtime fans and comic readers of all ages who’ve yet to meet this lovable gang of Fraggles.

When the water supply of Fraggle Rock mysteriously runs dry, the Fraggles have to journey deep into the caves of Fraggle Rock to find the fabled Everspring where adventure awaits and no Fraggle has gone before!

Archaia’s FRAGGLE ROCK: JOURNEY TO THE EVERSPRING #1 (of 4) arrives in comic shops on October 8th with a cover price of $3.99. The main cover will be illustrated by series artist Jake Myler, with a retailer incentive cover by Jake Myler and The Jim Henson Company Archives. Not sure where to find your nearest comic retailer? Use comicshoplocator.com or findacomicshop.com to find one!

About The Jim Henson Company

The Jim Henson Company has remained an established leader in family entertainment for over 50 years and is recognized worldwide as an innovator in puppetry, animatronics and digital animation. Best known as creators of the world famous Muppets, Henson has received over 50 Emmy Awards and nine Grammy Awards. Recent credits include the Emmy® nominated Sid the Science Kid, Dinosaur Train, and Pajanimals as well as the new series Doozers, a CG animated preschool series. Features include the upcoming Alexander and the Terrible, Horrible, No Good Very Bad Day, The Dark Crystal, Labyrinth, and MirrorMask. Television productions include Fraggle Rock, the sci-fi cult series Farscape, and the new reality competition Jim Henson’s Creature Shop Challenge.

With additional locations in New York and London, The Jim Henson Company is headquartered in Los Angeles on the historic Charlie Chaplin lot, complete with soundstage and postproduction facilities, the Company is also home to Jim Henson’s Creature Shop™, a pre-eminent character-building and visual effects group with international film, television, theme park and advertising clients, as well as Henson Recording Studios, one of the music industry’s top recording facilities known for its world-class blend of state-of-the-art and vintage equipment. The Company’s Henson Alternative brand is currently touring “Puppet-Up! – Uncensored,” a live puppet improvisational show.

The co-creator of Alternative Mindz ent. with my wife Crystal Alternative Mindz has been around since circa 1994 we have gone through so many changes over the years but thanks to Shakil and Billy we are closer to our goal.